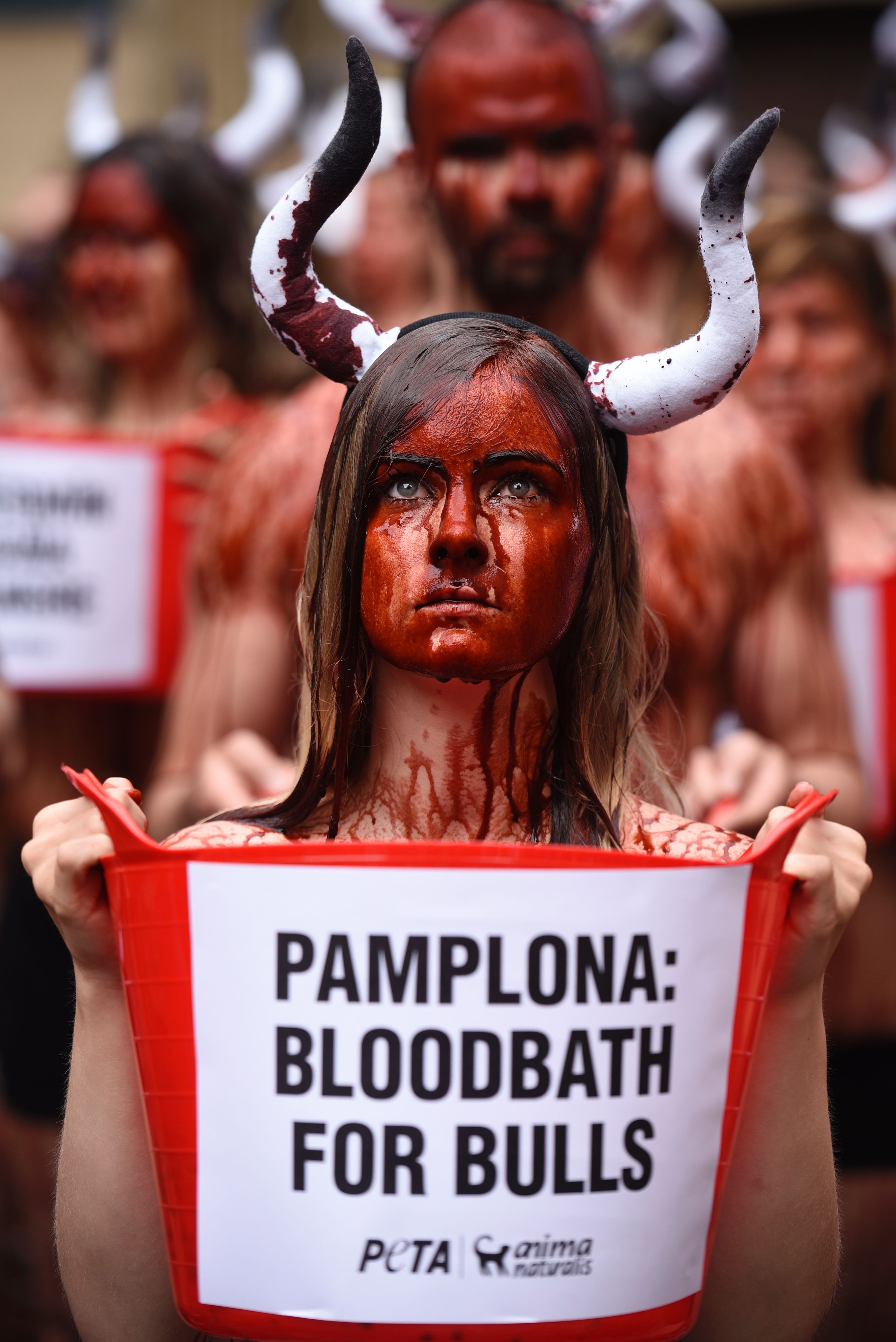 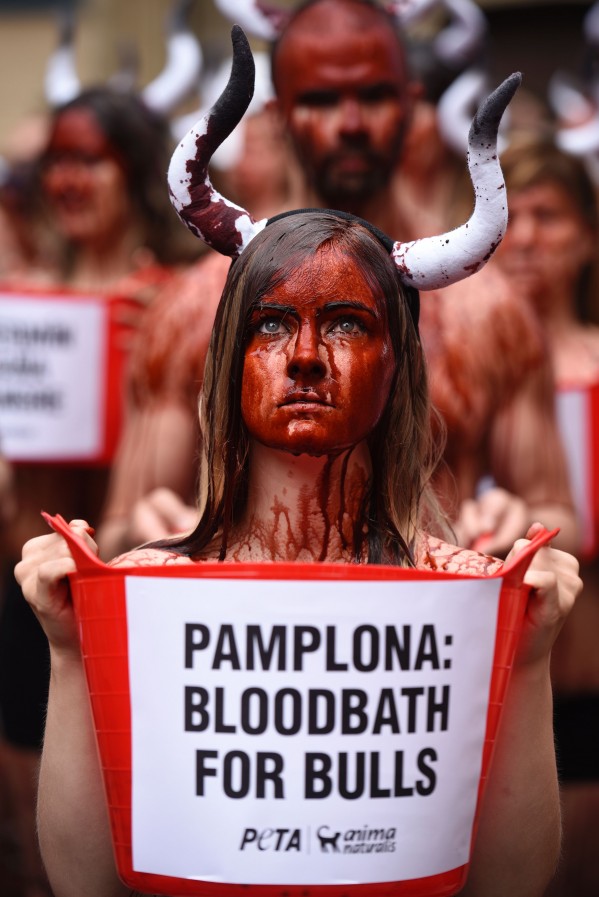 An activist covered in fake blood protests against bullfighting and bull-running during a demonstration called by the People for the Ethical Treatment of Animals (PETA) and Anima Naturalis pro-animal groups on the eve of the San Fermin festivities in the Northern Spanish city of Pamplona on July 5, 2016.
The San Fermin festival is a symbol of Spanish culture that attracts thousands of tourist to watch the bull runs despite heavy condemnation from animal rights groups. / AFP PHOTO / ANDER GILLENEA